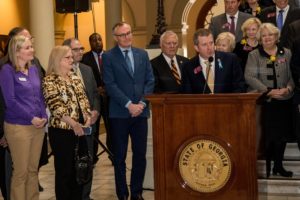 “Representative Reeves during his remarks, showing his wife, his parents, Lt. Gov, Gov, Rep. Oliver, Speaker Ralston, many House members on the stairs at the Capitol” 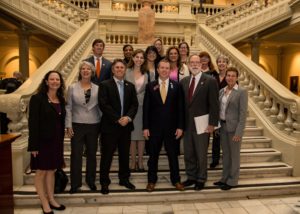 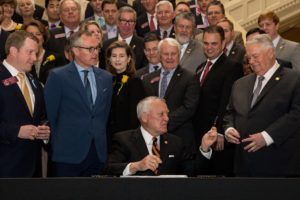 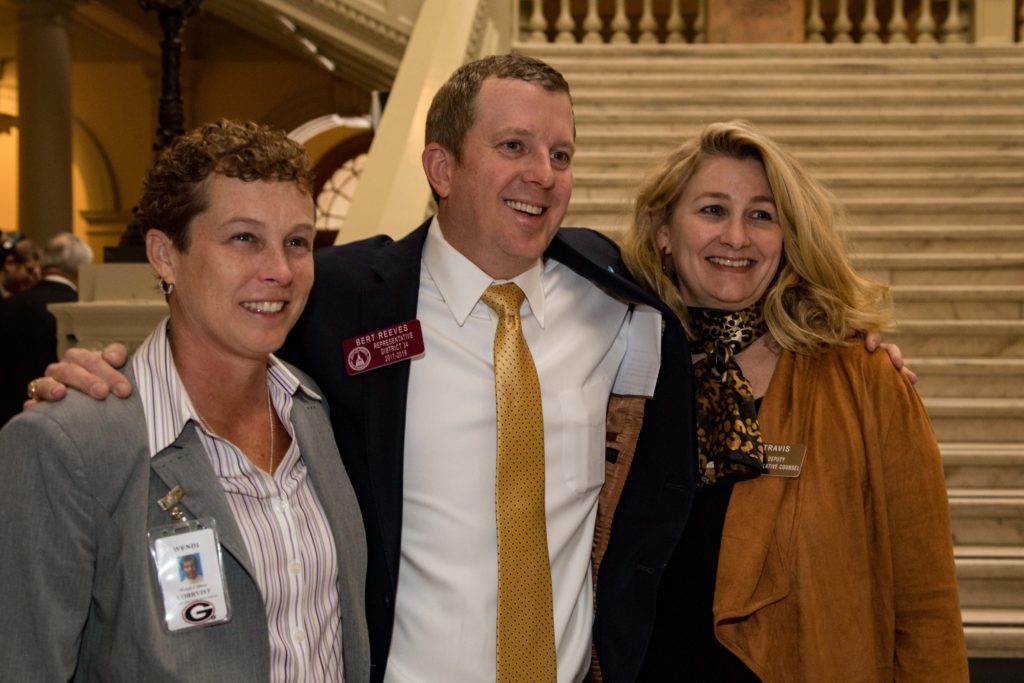 “Left to right: Lobbyist Wendi Clifton, Bill sponsor Representative Bert Reeves, and Jill Travis, from the Office of Legislative Counsel, who all worked tirelessly on this effort, were each honored by the presentation of a pen that was used to sign the bill into law by the Governor.”